A Fresh Approach to Rotations is Reinvigorating Medtronic’s LDP

A Fresh Approach to Rotations is Reinvigorating Medtronic’s LDP

Even the world’s largest medical device company doesn’t have money to sink into development programs that don’t cut the muster.

That’s why, without cross-enterprise confidence and support, Medtronic’s Leadership Development Rotation Program (LDRP) was in a tough spot.

Senior Talent Manager Nicole Parsons was working hard to make sure participants got the development they needed. She and her team guided their transitions from one rotation to the next and, ultimately, to their off-placement role at the end of three years.

But Nicole was hearing questions from the company’s executives and from others within Metronic’s leadership. Those questions included:

Medtronic’s leadership needed to better understand the goals of the LDRP. With 15 hires each year, the LDRP needed to demonstrate a clear ROI. After all, three years of development and salary for 45 participants at a time doesn’t come cheap.

Without showing ROI, funding for the LDRP was in jeopardy. The program lacked consistent benchmarking to measure those results.

“It was becoming the Wild Wild West,” Nicole says.

These problems—lack of executive support, uncertain funding, and keeping participants for the full three years without their being poached by individual business units—all came down to addressing one fundamental issue:

“We needed to find out whether or not the executive committee thought this is a valuable program,” Nicole says. “And if they didn’t, what should we do with it?”

Today, we’re going to look at how Medtronic gave their early career program the shakeup it needed and how it’s working out for them so far.

Nicole came to Medtronic 21 years ago, first working in the Cardiac and Vascular Group, then in HR. She’s been with the LDRP almost 7 years. So she was in a good position to gauge the needs of the entire enterprise, take a risk, and refine the company’s approach to leadership development with the input of all the necessary stakeholders.

Program leaders agreed not to hire a class in 2018 so they could some time to work on solutions. They got feedback from alumni, current participants and senior executives. Nicole’s manager and the person who had her role before her were also involved in gathering data and presenting it to stakeholders. It was a true team effort.

Company leaders said they were happy with the caliber of talent coming into the program. So the schools from which they were recruiting weren’t the problem.

They also said they liked the rotational aspect of the LDRP. Medronic’s three-year program was divided into two 18-month assignments. But somehow, not all participants were getting a view of Medtronic’s enterprise-wide matrix, its functions and operational regions.

“A lot of times they were jumping into a business without understanding Medtronic’s system-wide processes, and it took them a lot longer to come up to speed.”

The interns, HR and assignment managers were given an overview of the changes to the program in July 2018.

“We were working up to the last seconds on finalizing those job descriptions,” she says. “That was really hard, but we did it. And it was really exciting to see the interns when they saw what the roles were going to be, not knowing when they came into their internship without knowing what the program was even going to look like.”

What Did They Change?

Nicole proposed that every program participant’s first-year rotation give them a broad view of the organization. This would be done by colocating all the first-year roles at the operational headquarters in Fridley, Minnesota.

The requirement to stay in Minnesota for 14 months was the biggest change and the hardest part for some people who were hoping to live in other parts of the country.

In the past, Metronic’s LDRP hired 20-30 MBA interns each summer. These interns are the “feeder pool” for the program. But 2018’s interns accepted their roles without knowing what the new LDRP would look like.  For many it was exciting to see the changes and it worked for them; for others it was harder to commit to being in Minneapolis for the first 14 months.

For Nicole, the hardest piece was finding 15 roles at the operational headquarters to be “feed-through” roles every year. In the past, she had a matching process to place candidates enterprise-wide for that first year.

“Coming up with 15 corporate, enterprise-wide roles was a challenge,” she says. “But there is more exposure we can give them here than we can if they’re all over the U.S.”

That means the first-year cohort get access to the company leadership, sometimes even working in the same building, shoulder-to-shoulder with them. 2019’s incoming class is also growing as a team—sometimes even as roommates and friends—in ways a dispersed program didn’t allow.

How Did The Rotations Change?

Now, the first year is focused on getting to know Medtronic’s Annual Operations Plan (AOP) and STRAP plan (strategic planning). This year’s associates are getting familiar with company financials and key developments while (as Nicole puts it) “building that space that they can take into the business and hit the ground running.”

Training everyone in one place is expected to prepare first-year associates to go into the global organization for their second rotation to work more deeply on a medical product or therapy focus.

At the 14-month mark, Nicole’s team collects assignments for their second rotation, which is 22 months long. This rotation gives them roles in an area of specialization that might include marketing, business development strategy, or payroll, for example.

“It could be any business from spine to diabetes to spine to pacemakers,” Nicole says.

The second-rotation assignment managers were unhappy about having a one-year gap in their pipeline (without an incoming 2018 class), but Nicole says they’re excited to see how this first cohort comes out of the corporate environment and into the business with the new approach to training.

What about the problem with talent being poached before completing the program?

Now, three’s a clear, enterprise-wide understanding that participants are to remain in the program the full three years. It’s part of the LDRP’s new KPIs. Some of these metrics are focused around retention. Another KPI is going to be assessing each participant’s progress along the way.

“We accelerate promotions at the 14-month mark. That’s a metric that we can look at to see if all the talent is getting to that next level at the right time? Or are we seeing a gap where some of them have to go longer before they earn promotion?”

Nicole says they’ll have a better understanding of how things are going when they see how many of this first cohort is placed for their second rotation, and when they see how the managers and participants felt about their first 14-month assignment. Manger feedback will let them hone in on how they can continue to make improvements.

And when the first group in the newly-revamped program graduates at the end of three years?

“This talent is so sought-after when they come into the organization that they tend to get really great roles.” 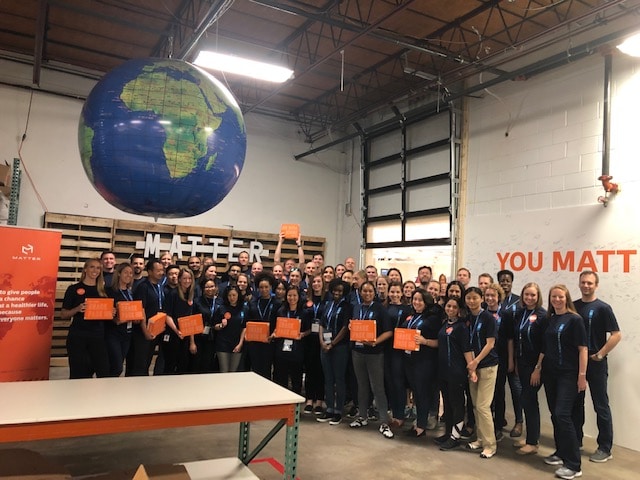 A Successful Virtual Internship: What does the Research Say?

Know someone who should know about us?

GET THE LDP REPORT

A monthly digest of ideas from the early career development program community.

Your application is still awaiting approval

New applications are typically reviewed within an hour of submission. You'll receive an email notification shortly.